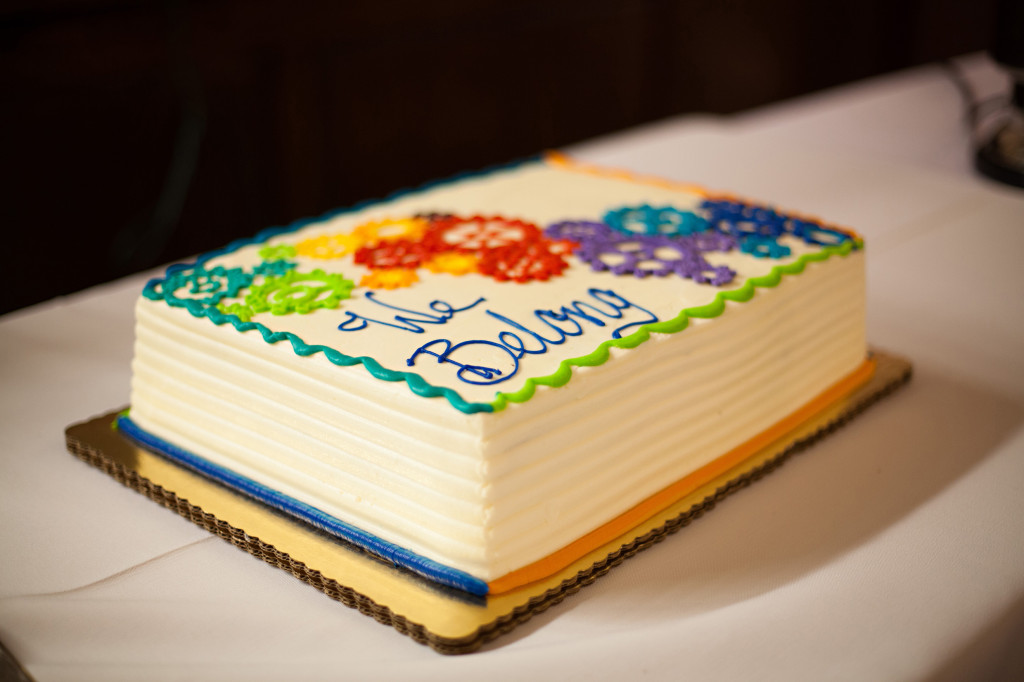 Editor’s Note: This article first appeared in OneWheaton’s October 2013 newsletter. To sign up for our monthly newsletter, please email one@onewheaton.com.

I walked into St. Mark’s church with my heart in my throat. I had been both dreading and hoping for this day to come. It was the first day of this year’s One Wheaton homecoming events, and it would be my first time meeting many of the 1W community, even though I had been working with several of them for the past few months with my role on the newsletter staff. It wasn’t technically my first 1W event. I was at the opening night event two years ago, at the first 1W Homecoming, but I may as well have been wearing a bag over my head because I was actively trying not to be noticed.

Two years ago, I was 25 and I was just starting to come out to my old college friends. I had spent four years at Wheaton as the typical good Christian kid; I didn’t smoke, I didn’t dance, I shared the gospel, I went to church twice a week, and I had my very first drink of alcohol the day I graduated. But as hard as I tried, I wasn’t good enough. I hated myself for the attractions that I couldn’t will away. I didn’t date because it never seemed to really click with women but I never let myself embrace my attraction to men. And when I did mess up and acted out on my forbidden desires, my confession to my spiritual authorities earned me severe punishments and a broken spirit. I spent the two years after graduation in a muted depression, unable to embrace my “sinful” nature, but also unable to fully embrace the Church that caused me so much pain. 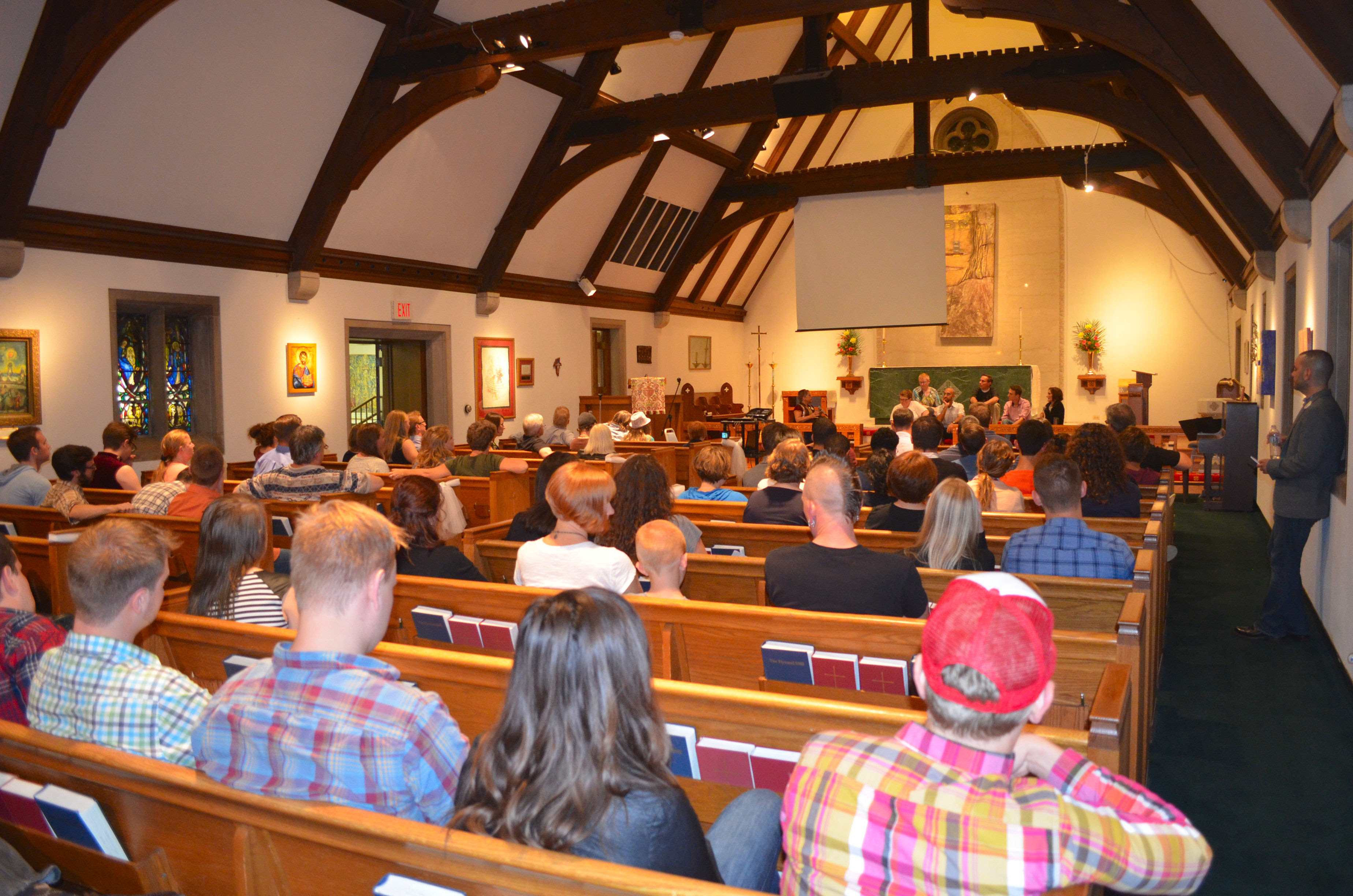 Coming back to Wheaton was not something I would have even considered apart from OneWheaton. For weeks leading up to the trip, my stomach was in knots. As soon as I walked in the doors of St. Marks, though, I was met with smiling faces. Some were old friends who were now either gay or allies, some were fleshly incarnations of what were previously facebook profile pictures, and all were now my family. We started off the night with a slideshow of who we are as One Wheaton and with photos of our past and present selves, mine included. Fifteen minutes into the Homecoming events and I was already emotionally taxed. It seemed I was still a sucker for the tug-at-your-heartstrings musical slideshows that Wheaton seemed to shove in my face on a weekly basis. We moved on to a moderated panel discussing marriage equality that featured 1W members for whom this was a poignantly personal issue. After a little catching up before the reception that was to come, I was spent emotionally and ready for a stiff drink (or eight).

The next morning, I attended my department open house. As soon as I stepped onto Wheaton’s campus, I could feel my heart racing. This was my first visit back to campus since I had fully come out, and I was wearing my OneWheaton pin, attempting my best effort at bravery. I greeted old professors, new faces, and graduate students spanning several decades. This being a sociology/anthropology open house, of course we were arranged into a circle and asked to discuss our time and experiences since graduation. About 45 minutes into my time there, I took the opportunity to announce I was now gay. I was greeted with a sound I knew all too well: the Wheaton awkward silence. My old anthropology professor quickly recovered and we discussed the issue, as well as OneWheaton in general, for a few minutes until we were all ready to put that topic away and change the subject to less controversial matters. I breathed a small sigh of relief, and girded myself for the next event to come: lunch at SAGA.

Sitting outside SAGA with a crew decked out in 1W garb felt like wearing a mink coat to a PETA convention. Going through the motions inside the cafeteria was the worst, though. Standing in line, carrying a tray, choosing my food, saving a table – each action seemed to accompany a wave of memories and nausea. 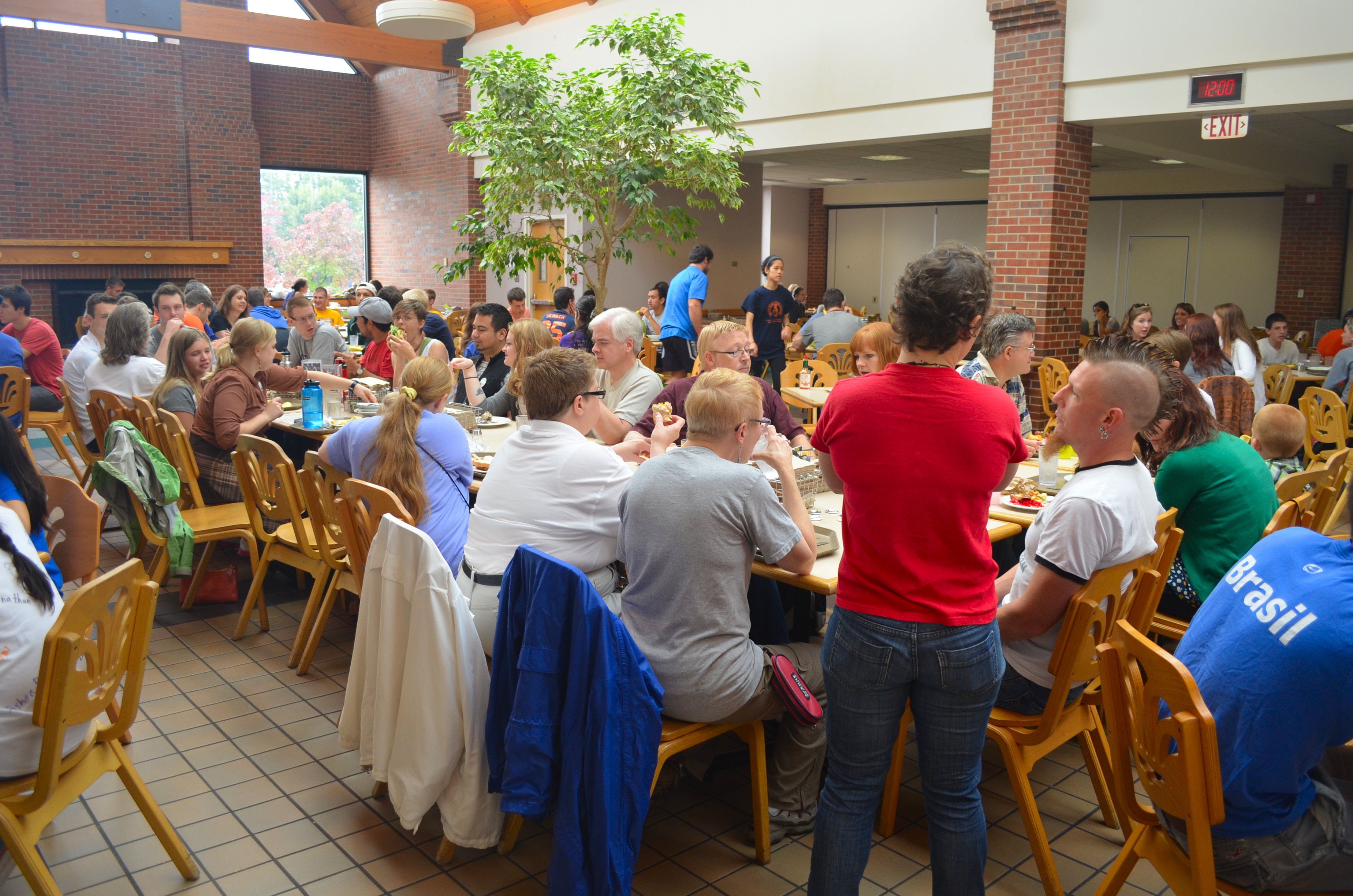 By the time I was sitting at the table, I alternated between wanting to vomit, break out in tears, or sit shocked and overwhelmed by the emotions assaulting me. The last time I ate there, I was a completely different person living in a completely different world. I was now a part of a group that openly supported and embraced the one thing I used to hate most about myself. I was revisiting a battlefield whose war I was now fighting from the opposite side. The only thing that kept me from just completely losing it was looking around at this community that stood by me. We had enough tables linked together that we could have been mistaken for a bro-sis lunch were it not for the rainbows, swear words, and lack of ankle-length dresses and judgmental glances.

I ended up missing the 1W group potluck dinner that night except for a quick stop to say hi. I was a full fifteen minutes early and already there were enough people at the house that it made it hard to maneuver. I did meet up late that night for drinks and dancing at a couple of gay bars because after a weekend of anxiety and awkwardness, it was definitely time to indulge in some alcohol and eye-candy.

As I’ve reflected on the weekend since, I’m glad I went. In some ways it was a cathartic experience, allowing me to face my fears head on and make new friends at the same time. If there’s one thing Wheaton has meant to me, it’s community.  Though much of my previous Wheaton community has since transformed into silent eyes that watch me from my Facebook friends page like specters of the past, my new Wheaton community is far more diverse and shares my deepest struggles. At least for these first few days adjusting to normal life again, I find I’m breathing just a little bit easier.