A Christian Liberal Arts Education, Minus the Tampons 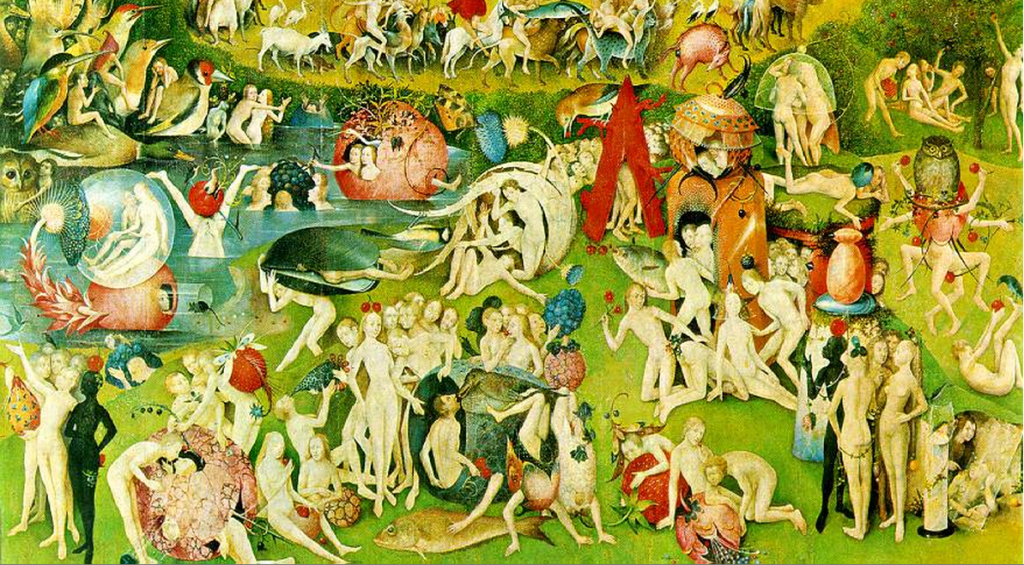 By Arik Bjorn, Class of 1995 and OneWheaton Ally (Read more by Arik Bjorn)

Not everyone who attended Wheaton College or any of the other “Christian” institutions of higher education across the Fruited Plain grew up in such a sexually repressed environment as I did, but I am fairly confident that the following traipse down memory lane will resonate with more than a few OneWheaton readers.

I recall as a middle schooler riding the Powderhorn Christian School bus one morning, whereupon several students onboard exploded in squeals and raucous laughter over a white cylindrical item rolling along the floor of the bus.  In sheer ignorance, I picked up the item and instantly tumbled down the Chutes and Ladders social ranks somewhere between leper and Chicago Cubs fan.

I chucked the item, half-believing it must be one of the weapons of Roman soldiery used to torture our Lord and Savior.  I understood by the mockery of my fellow classmates that I was to feel intolerable shame, but honestly I had no idea what the item was.

Eight years later, I was wedded while a junior at Bethel University in St. Paul, Minnesota.  (The institution was Bethel College at the time and is a “sister school” to Wheaton College, my ultimate alma mater.)  I was a virgin on my wedding day—at least technically, by Christian College Consortium standards.  How we Evangelicals young’uns massage our virginity.  By then—no joke—I had just barely grasped the hygienic function of a tampon.

I was reared in an ultraconservative Christian environment that made Queen Victoria look like Lady Gaga.  I was forbidden from dating all throughout high school, and the Birds & Bees conversation with the man who reared me went something like this:  “Those feelings in your penis should be reserved for marriage.  And all the Greek philosophers were fags, so you’ll never attend college if you want anything to do with this family.”  I attempted to piecemeal the rest of humanity sexuality from scrambled cable porn images and by listening intently to gossip about the occasional pregnant student who was suddenly whisked away from my Christian high school hallways.

I do not feel one ounce of shame in recounting my sexual “miseducation” publicly.  For one thing, it was hardly my fault.  Also, I believe it is important for current high school and college students who read this article to breathe a sigh of relief and realize:  “Phew!  It’s not just me!”  Most of all, my lack of a proper sex education—due directly to my fundamentalist upbringing—is incredibly relevant to the subject of this essay.

In fact, I would hazard that it is damned near impossible to understand the experience of quite a few reformed Evangelical homophobes without delving into the general subject of how human sexuality is taught (or not) in fundamentalist home environments. 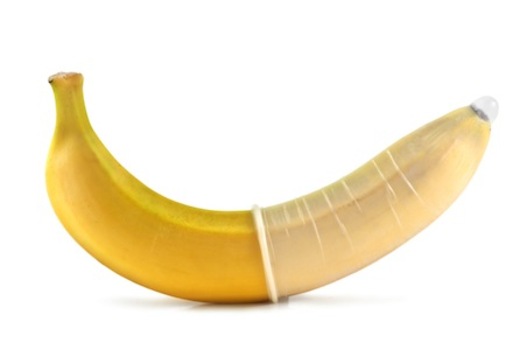 My homophobia as a fundamentalist high school student and then college student wasn’t just caused by the fact that I didn’t know any individuals who identified as homosexual.  The much deeper problem was that I didn’t really even know what homosexuality was.  OR SEXUALITY, PERIOD.

To me, sex was just the biological urge I felt in my loins every time Heather Valentine walked by me in tenth grade.  I didn’t know that “sex” and “gender” weren’t synonyms.  I assumed that the only thing a gay or lesbian human being wanted to do—all day long—was diddle genitals that looked exactly like their own.  I had no idea that they were just as capable of loving another human being romantically—and non-romantically—as I was.

My understanding of human sexuality was grounded in ignorance, and I transferred that ignorance upon the sexual enemy.

As I have written elsewhere, including in articles at the national website Forward Progressives, things began to change while I was an undergraduate student at Bethel.  I met a student who bravely “confessed” his homosexuality to me.  With this friendship, I finally gained an insight into the daily life of “my enemy.”  My road to homophobic recovery began.

In those early recovery years, I was convinced that all homosexuals “became” homosexual because of some horrible environmental event.  Actually, my gay friend thought the same thing.  He additionally believed that people could look at him and “see” he was gay.

Unfortunately, he had grown up in a family environment even worse than mine; his father was in prison for child abuse, his mother dead from cancer.  Not only was he as sexually ignorant as I was, but he was scared out of his wits that his dirty little orientation secret would be exposed and he would lose the only security he had left in life, his college environment.

Don’t you just love God’s grace, though?  Two wholly ignorant teenagers leaning on philadelphic love, despite the fact that they don’t know squat about their own biological being.

The real maturity in my homophobia recovery came later at Wheaton College, during my Wheaton in the Holy Lands experience between undergraduate graduation and the beginning of my graduate degree program.  That this was a difficult time for me is an understatement:  my divorce became official the day our group landed in Athens.  I will never forget the Wheaton administrator who told me during the prior semester (rumors about my divorce were flying about) that I would be the only divorced person on campus—staff, students, faculty.  I have no idea whether or not this was true.  I was approached by other administrators who seemed more concerned about the blemish my humanity was about to bring to campus than with how either me or my soon-to-be ex-wife were coping with our private tragedy. 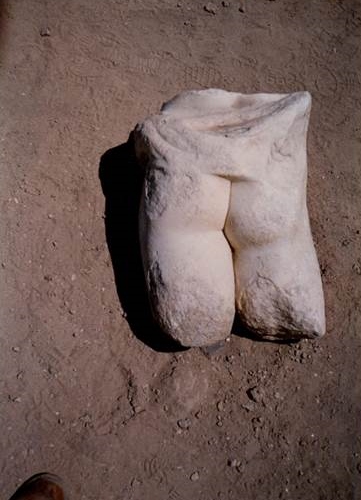 At any rate, I had already made a name for myself as a “Pledge breaker.”  I didn’t keep my drinking or smoking a secret, and I’m pretty sure I set a campus record for chapel non-attendance.  Also, I was one of “those students” who attended a local Eastern Orthodox Church.  (For what it’s worth, I believe the reason I was never expelled was because administrators were agog that someone was bucking campus rules so openly.)  Now, in addition to all these things, I had the Scarlet “D” on my chest in the company of a bunch of Biblical Studies majors and masters students traveling all over Europe and the Middle East for the summer.

The other drinkers in the Wheaton in the Holy Land group clustered to me; throughout the summer, we sneaked out to bars in Athens, Jerusalem, Tel Aviv and Rome.  One of these coevals—let’s call him Steve—finally got up the nerve to tell me in private one night that he was gay.  Steve came from a good family—which is to say neither of his parents had died of cancer nor were serving jail sentences.  Steve dreamed of flying; every time a plane passed over us, he stopped and beheld it as if Apollo were majestically riding across the sky in his solar chariot.

Everything about Steve was “normal.”  The only thing different about him was that he wanted to be romantic with men.  But he knew he had to keep every bit of that difference a secret, just like the beers we drank and the cigarettes we smoked.

What is most unfortunate, of course, is that the closeted (repressed) nature of Evangelical sexual subculture generally prompts imaginations to run amok about the orgiastic, titillating lifestyle of “the other”/“the enemy.”  If you’re not an Evangelical, you must be living a life that resembles the film Caligula.

One purpose of this article is to let young readers know that it’s okay to be honest about your past, your ignorance, your humanity, your confusion.  YOURSELF.

Another point is to let candidates for homophobe reform know that homosexuals are just as boring and normal as everyone else.

Some of you reading this article—be ye gay or straight—arrived to Wheaton, or schools just like it, reared in home and church environments similar to mine.  Then again:  perhaps you already know all the parts of a tampon and the human reproductive system.  But you might be homosexual and simply have never had a chance to discuss what this means with people who identify as you do.  Or you might be a homophobe on the verge of reform, and you just needed to hear someone admit about an upbringing that, like yours, might seem embarrassing (but really isn’t).

No matter what, just know that you are not alone.  There is no shame in your ignorance or wherever you happen to find yourself in your personal life journey.

Life gets better, I promise you.  Especially when you begin walking in the light of personal honesty.

You have Allies standing by to help in whatever way we can.  We are all just an email or phone call or Facebook message away.