They Will Know Us By Our Fruit? 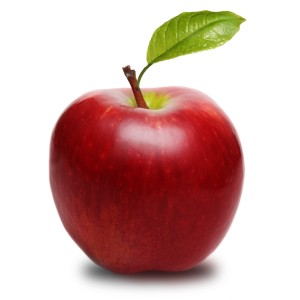 On Monday February 23rd, in a town hall style chapel, a Wheaton College student asked President Ryken about the College’s stance on LGBTQ students and the theology that guides the College’s position. This student brought up the negative impact of the Community Covenant on LGBTQ students by asking: “Why is it the case that our college, in documents we all must agree to or be expelled, insists on formally condemning and denying equality to our gay and lesbian brothers and sisters, on spurious theological grounds yet completely leaves behind baptism and the Eucharist, which Jesus Christ himself instituted to grow and strengthen the Christian community?” The response? A nearby student threw an apple at him. Later that week, the Apple Thrower posted a letter, addressed “Dear Enemy” in support of his actions. He denied he acted out of hatred. Rather, his actions were a “warning” against “insulting the spirit of Grace.”

This is completely unacceptable. While we at OneWheaton appreciate Dr. Ryken’s public statement about his concern about the safety and well-being of all students, we are saddened it took two days for the College to condemn this action against one of its own. Throwing the apple was an assault, not only on the student speaking, but also on the LGBTQ community as a whole.

Dr. Ryken and the Wheaton College administration continue to ignore the very crux of the student’s question. The College cherry-picks which Biblical edicts are outdated while holding fast to antiquated theologies that demean and isolate LGBTQ students and alumni. This stance contributes to an atmosphere at the College wherein students risk physical violence when they raise these hypocrisies.

By not developing a safe environment where students can hear multiple Biblical perspectives, LGBTQ students are more vulnerable emotionally and yes, physically. We call upon Wheaton College to acknowledge the diversity of opinions within Christianity around issues of sexuality. Despite multiple requests from OneWheaton, students and alumni, Wheaton College remains unwilling to engage with theologians, church leaders, and other dedicated Christians who support same-sex relationships.

We remain in support of all LGBTQ students and allies on the campus of Wheaton College. Their bravery is an inspiration to us. We live for the day when all Wheaton students and alumni feel safe and included, regardless of sexual orientation or gender identity. Until that day, we aren’t going anywhere–no matter who throws fruit at us!