Both a Little Scared, Neither One Prepared 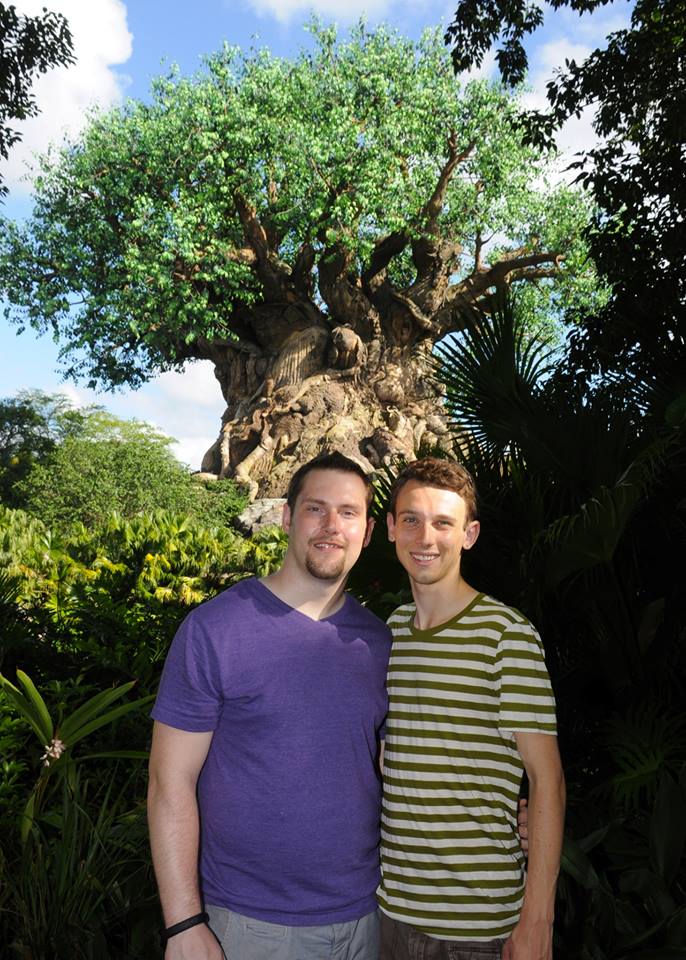 “Brian, I’m pretty sure there is no one on our floor named Andy. I’ve met half of the freshman class already!” “Well, that’s good for you, but you’re still wrong,” Brian replied, chuckling.

A couple weeks later, I wizened up, deciding that I was not too cool to attend the floor DSG (Fischer 5 south by the way). After introducing myself to the group, I learned it was the night on which we were to pick accountability partners. Andy looked straight at me and asked, “Do you want to be accountability partners?” A little shocked since we had just met, but nicely so, I decided to go for it and say, “Yes.”

It was through the accountability partnership that I ended up coming out to Andy. I was the first one to come out. At the time it was couched in the language of “struggling with homosexuality,” which was an honest reflection of where we were at that point.

We became fast friends; best friends even. Everyone knew that we came as a pair from that point on. Andy would always get shotgun in my car. Nobody bothered to call it anymore. In fact, I think most people would have been able to say Andy and I were dating before we were willing to say it. An analogy to fish and realizing they are swimming in water would be appropriate here.

You have to remember that we came out to each other as “struggling with homosexuality,” and that was truly where we each were. It’s incredibly ego dystonic to be feeling powerful and meaningful attractions to someone, whilst your faith, a core part of identity, is supplying messages that that your love is deranged, misappropriated, and worthy of the label ‘abomination.’ And add on top of that the guilt that comes with balancing desire while feeling guilty that you are drawing someone else into sin. We were accountability partners after all.

Don’t get me wrong. We fully enjoyed spending time with each other. We especially enjoyed (and still do) taking trips together. Andy met my family over Spring break, and we toured some of the D.C. monuments. I met Andy’s family over Presidents’ Day weekend at their home in Wisconsin. Ironically, both trips resulted in us getting stuck because of record setting snowfall. The worst episode of getting stuck occurred driving to Maryland and needing to stop midway through Ohio because we brilliantly caught up with a storm moving east. The snow storms could serve as an illustration of many aspects of our lives at the time: that we were stuck. We were trapped in a relationship that we both had trouble admitting to, but enjoyed, but caused us to be secretive from our friends, and be convinced that God hated us (or at least what we were doing).

The story of getting unstuck will have to be for another time. Through refreshing and supportive friends, hours of study and prayer, and nothing less than the grace of God we have become unstuck. We are Christians and we are gay. We understand there are members of both communities that take issue with this. In 2012 we got married. It has been nothing short of our greatest adventure yet. But I think that being stuck was largely a result of factors outside of our immediate control (our upbringings, societal views, etc.); meaning that these factors take community will to change.

We were silenced due to fear of rejection by friends and family. We were silenced lest we be kicked out of Wheaton. And we were silenced because all faith told us was that we were unfortunate evidence of the fall at best and hell bound abominations at worst. We found our voices again through acknowledging the reality of our sexuality, embracing that we are beloved creations of God, and letting His iconoclastic nature speak where tradition and prejudice had formerly reigned. Hopefully our communities have progressed to a point where the majority can see the necessity of changing these silencing factors.

That is the much abridged story of how we met and have landed where we are now. But it’s just the beginning of this grand adventure. We look forward to where it will take us next.